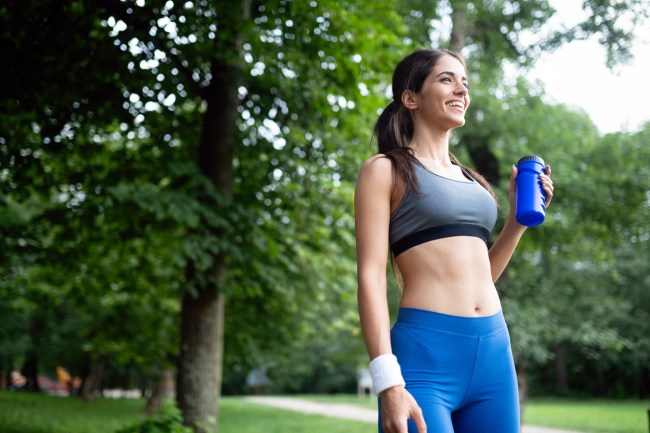 There is no debate as to the health benefits of walking. But how many steps do you need to walk for a healthy lifestyle? In the past few years, the magic number of steps bandied about has been 10,000 steps. However, science has determined that walking 10,000 steps may not add longevity to your life.

How Many Steps Does A Person Take In A Day

Researchers set out to discover if walking 10,000 steps equaled a longer life. The study – titled “Steps per Day and All-Cause Mortality in Middle-aged Adults in the Coronary Artery Risk Development in Young Adults –was published in the peer-reviewed Journal of the American Medical Association.

The researchers examined 2,110 adults over nearly 11 years in regards to their step counts.

RELATED: Changing Your Diet Can Add 13 Years To Your Life… If Done Early Enough

There was another study that focused on elderly women and their step counts.

“A goal of 10 000 steps/d is commonly believed by the public to be necessary for health, but this number has limited scientific basis,” the authors of the study wrote. “Additionally, it is unknown whether greater stepping intensity is associated with health benefits, independent of steps taken per day.”

RELATED: You’ve Been Putting On Deodorant At The Wrong Time

The study examined the walking habits of 16,741 women with a median age of 72 between 2018 and 2019. The research determined that health benefits to long life topped out at 7,500 steps per day.

Shawn Arent – PhD, CSCS, professor, and chair of the department of exercise science and director of the sport and science lab at the University of South Carolina in Columbia – says 10,000 steps is not a magical number and other factors lead to longevity.

“Let’s face it, if your diet is atrocious, you have poor stress management, or you’re not sleeping, well, those 10,000 steps won’t be the cure-all you need,” Dr. Arent told Everyday Health.

“I encourage people to not focus on one number or one part of their health,” said Larry Nolan, DO –a sports medicine physician at the Ohio State University Wexner Medical Center in Columbus. “Find a target that works for you and pursue it.”