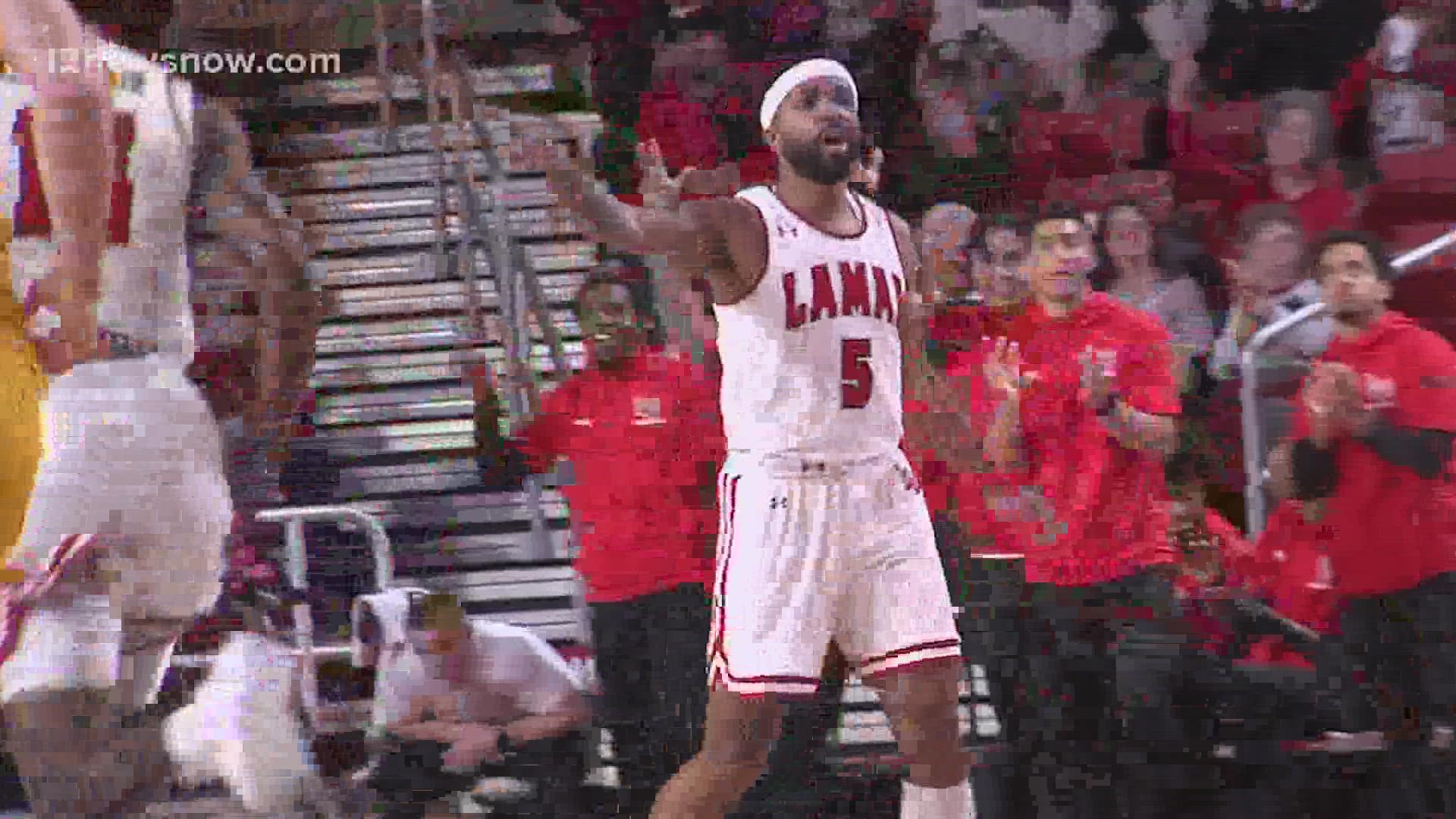 BEAUMONT, Texas — Despite shooting nearly 50 percent for the game and owning a double-digit lead in the first half, Lamar University was unable to hold onto the lead down the stretch. LU turned the ball over 18 times which Louisiana-Monroe converted into 32 points. The scoring off the LU miscues proved to be the difference in a game that saw the Cardinals drop a three-point decision, 80-77, to ULM Monday evening at the Montagne Center.

Sophomore Jordyn Adams led Big Red’s offense with a season-high 21 points on 7-of-15 shooting. He was also 4-of-8 from beyond the arc. Senior C.J. Roberts came off the bench to add 15 points, four rebounds and four assists while Kasen Harrison added 13 points and six assists.

The other two Cardinals in double figures were Brock McClure (12 points, five rebounds, two assist and one steal) and Corey Nickerson (10 points and 11 rebounds). It marked the second double-double of Nickerson’s career and the first since his rookie season.

The Warhawks (8-4) picked up their sixth consecutive win after a night that saw them shoot nearly 52 percent from the field, with six three-pointers. ULM caught fire in the second half and didn’t let up knocking down 16-of-28 attempts (.571) to rally for the win. The Warhawks had the benefit of going to the free throw line eight more times than LU converting better than 76 percent of their attempts (16-of-21).

The Warhawks limited their mistakes to just 11 turnovers of which Big Red converted into 15 points.

ULM finished the night with four players in double figures led by a game-high 25 points from Russell Harrison.

The Cardinals will now take a few days off for the Christmas holidays before returning to campus to prepare for the start of Western Athletic Conference play. Big Red returns to action Thursday, Dec. 30, when they travel to Huntsville, Texas to face Sam Houston. The game against the Bearkats will tip off at 6:30 p.m. from the Johnson Coliseum.