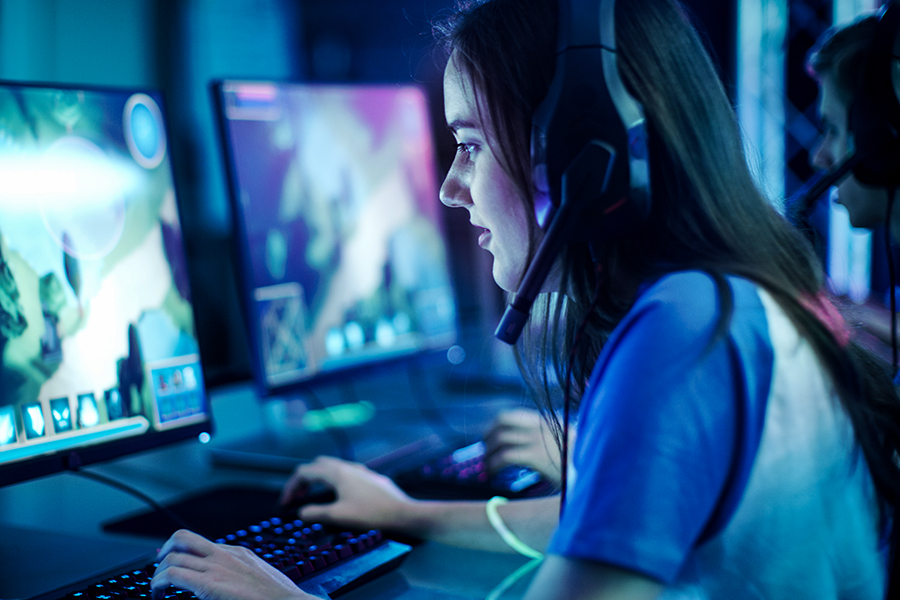 The mental health of video game players is at the heart of concerns.
Image: gorodenkoff / Getty Images

An independent study by the Mental Health Foundation offers advice to video game publishers and players on how best to keep gamers healthy. According to its report, the video game industry has great potential as a source of benefits for mental health.

Can video games have a positive influence on mental health? Well, that’s what an independent study by the Mental Health Foundation, a non-profit organization based in the United Kingdom, seems to have concluded. Twenty-four British adults aged 18 to 60 were followed for three weeks. Through a daily “gaming log,” the gamers described numerous benefits of playing on a console or PC for their mental health. In addition to offering gamers the opportunity to unwind, relax, reduce anxiety and meet people, video games also allow players to express creativity in a healthy way.

However not everything is rosy in the land of gamers, as feelings of frustration, anger and harmful behavior of other gamers impact other priorities in their lives, including self-care. According to the study, one of the negative  feelings found among gamers is a lack of control. They sometimes played longer than they should or automatically continued without really knowing why. By keeping track of their moods each day after a video game session, the participants noticed a significant correlation between gaming and their moods.

A postive difference in gamers’ lives

Such awareness may have allowed them to better understand their attraction to video games, but also the problems they encounter regarding their gaming habits. The Mental Health Foundation recommends that gamers regularly reflect on their gaming to maintain its position as a positive element within their lives. The simple fact that a gamer notices that it can affect their mental state is a major step towards adopting healthier habits.

To ensure that gamers can use playing for a boost in their mental health, the foundation decided to take their message directly to video game publishers and developers. While they still need to improve moderation of abusive behavior and ensure that games and the industry are more inclusive and representative of the population, they could also explore mental health support directly in games. The Mental Health Foundation is telling publishers: “Players are asking you to do more: not because you have to, but because you have the opportunity and power to make a positive difference to their lives.” “The industry has enormous potential to act as a source for good in helping to promote mental wellbeing,” the report outlines.

Check out our end of season subscription discounts with a Moneycontrol pro subscription absolutely free. Use code EOSO2021. Click here for details.