How To Get Space-Inspired Glamping Experience In Antarctica – Audacy 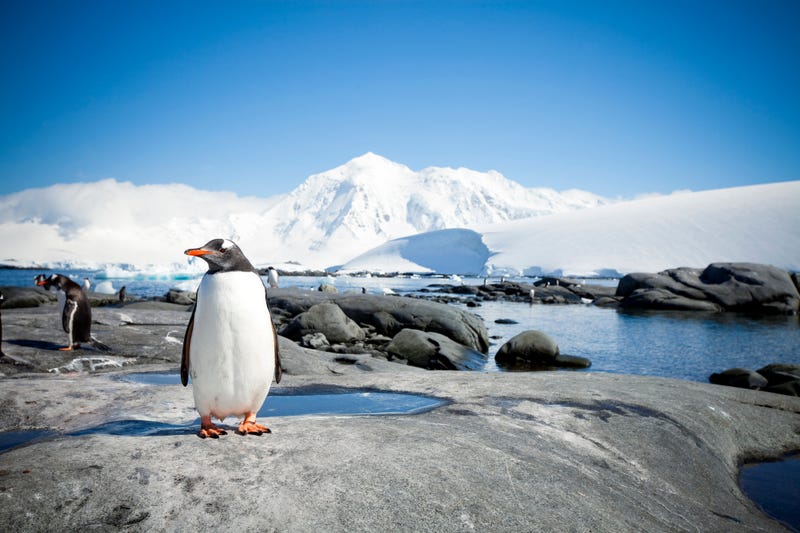 When thinking about our dream vacation destination, most of us probably envision a tropical beach, historical cities in Europe, or a week-long cruise.

But if traveling to the end of the earth to spend time in a frozen landscape is more up your alley, then this “space-inspired” glamping experience could offer you the trip of a lifetime.

Later this year, a travel company called White Desert is launching a new glamping experience in Antarctica at a camp called Echo.

“Inspired by the seminal age of Space exploration, Echo sits in quiet solitude encircled by pitted rock formations,” White Desert said on its website. “Echo is as close as you can get to feeling like you’re off the planet without leaving Earth.”

The camp features six futuristic and luxurious “sky pods” that sleep two people each, and feature floor to ceiling windows that allow guests “to soak in the moon-like landscape beyond.” The pods were designed with elements inspired by the International Space Station — or as the company describes it: “The retro design of the Millennium Falcon meets an otherworldly boutique retreat.”

Upon arrival at Echo, guests are escorted to the lounge where they’re welcomed with a martini shaken with 10,000-year-old ice, Travel + Leisure reported. During their stay, guests can take part in excursions including an arctic truck safari, skiing, guided hiking, fat tire snow biking, and ice climbing.

One of the most unique aspects of the week-long adventure includes a close-up look at a colony of more than 14,000 Emperor Penguins that live nearby.

As you might expect, Echo is a little more expensive than your average camping trip. Prices start at around $55,000 per person and go up from there. If you want to add on a flight for a daytrip to the southernmost point on earth, the Geographic South Pole, prices start at $104,000 per person.

White Desert also operates two other destinations in Antarctica: the luxury Whichaway Camp, which features six high-tech pods on a largely ice-free rock plateau overlooking the freshwater lakes of the Schirmacher Oasis; and Wolf’s Fang, a more off-the-grid experience with six heated bedroom tents set on a glacier in the mountains of Queen Maud Land.