The first day of cancer radiation therapy begins inside a simulator machine. The patient lies immobilized for up to 45 minutes while lasers and imaging scans pinpoint areas for treatment.

From his office next to the simulator, Israeli radiation oncologist Dr. Ben Corn senses the anxiety attacks brewing in the waiting area. And he understands.

Corn knows the radiation oncology unit can cause stress and anxiety for patients, their families and even the medical workers. And he’s determined to tackle this problem.

“I’m extremely interested in the emotional and psychological dimensions of cancer, both in terms of the consequences for patients and their caregivers and in terms of enhancing the potential of therapies I have available as an oncologist,” he tells ISRAEL21c.

That’s why Corn is partnering with trailblazing neuroscientist Amir Amedi, head of the Baruch Ivcher Institute for Brain, Cognition & Technology at Reichman University. (Read about our recent visit to the lab here. )

The place nobody wants to be

Amedi and his lab are inventing multisensory devices to infuse a feeling of emotional wellbeing into the waiting, treatment and staff areas of the Radiotherapy Center that Corn will head at Jerusalem’s Shaare Zedek Medical Center. 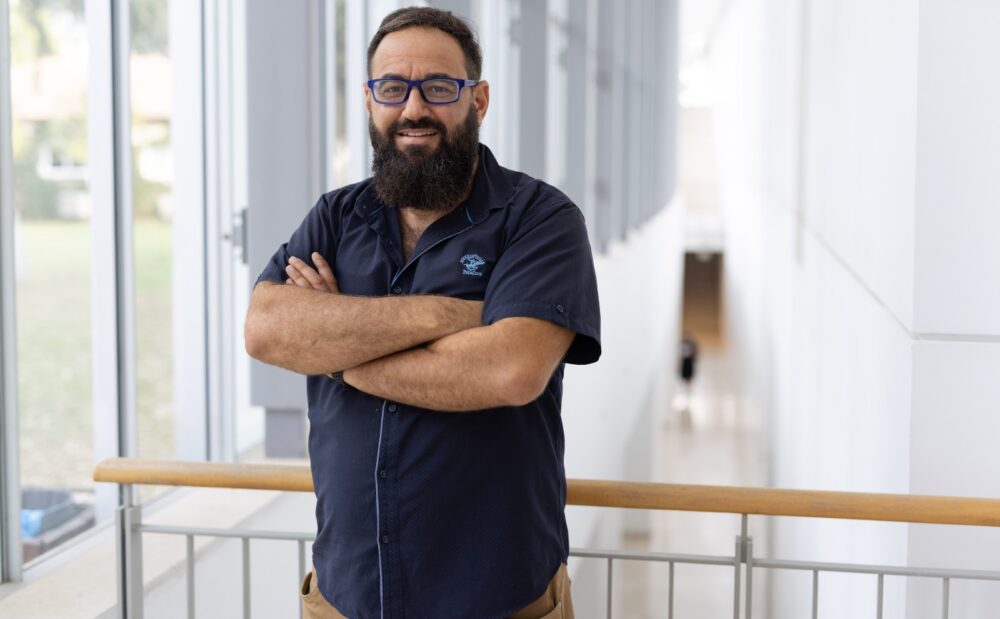 The lab’s new discoveries on the link between body and mind, and how that’s mapped in the brain, form the scientific basis for relaxation-inducing inventions such as:

“There are patients who cannot go through the simulation because they are so afraid, and I think this is a way to take the edge off that,” says Corn, noting that the procedure may never be pleasant but at least could be tolerable. 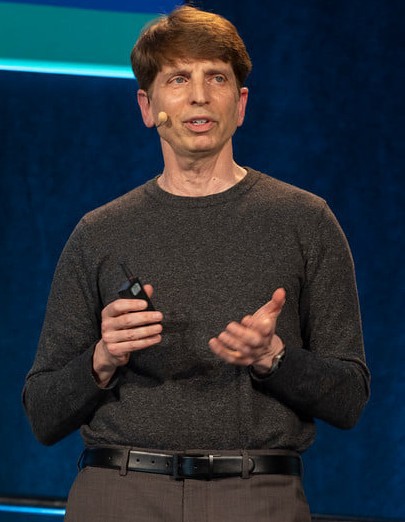 Although music or videos inside the simulator can lower stress and anxiety, especially for children, Corn was seeking much more than that.

When he read an article about Amedi’s groundbreaking multisensory technologies, he knew he’d found it.

“I loved the disregard for boundaries that I saw in his work,” says Corn.

“Imagine instead of just relying on sight alone or music alone – or tactile sensations, which nobody was even considering — we can begin to combine the three,” says Corn.

“I contacted Amir and said, ‘This has to be imported into the place nobody wants to be, which is cancer medicine.’ And that appealed to him. So we’ve been designing all sorts of cool ways to do that.”

The Shaare Zedek Cancer Center, set to open in the summer, will be the testing ground.

“Medicine without data is voodoo,” says Corn. “I want to do things that not only sound nice but are proven, and part of the fun is the journey of proving these things in the context of clinical trials.”

“I feel everything we’ve done is preparing us for this project,” Amedi tells ISRAEL21c.

“During the pandemic we started to work on reprogramming senses and combining them with sensory signals from the body to reduce stress and anxiety. I built a sophisticated multisensory room for this.” 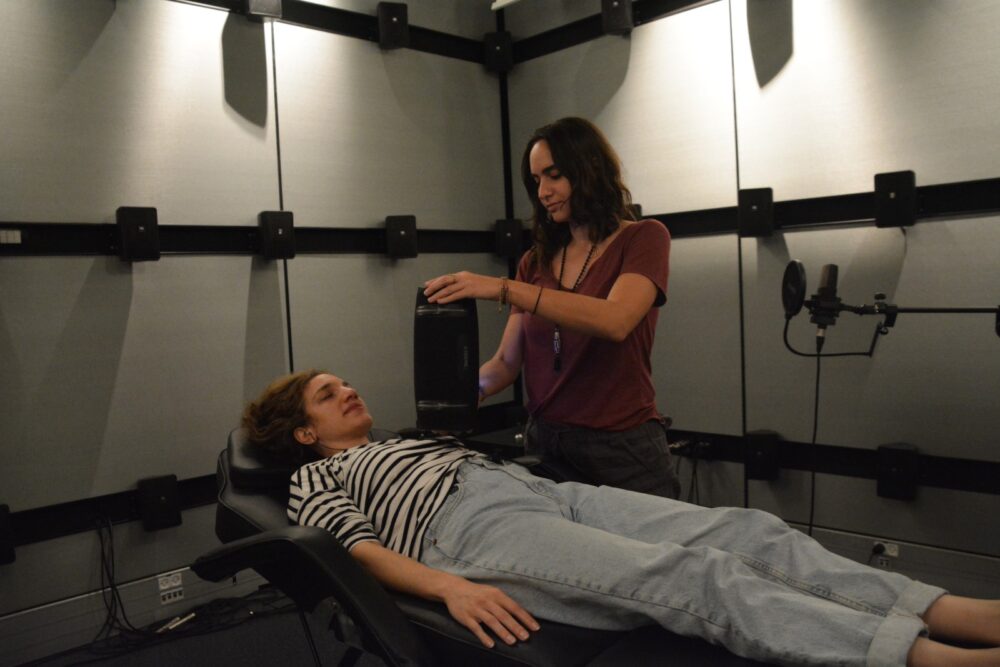 “If you do one of these techniques for a few minutes every day it works well, but if people are already highly stressed it just makes their symptoms worse,” Amedi explains. “They need ‘training wheels’ and that is what we try to provide.”

Amber Maimon, Amedi’s academic lab manager, has been working on these technologies for her postdoc studies on the bidirectional link between mental and physical health.

“We want to create a multisensory environment where the minute you walk in you are encompassed in relaxation,” Maimon tells ISRAEL21c.

Pediatric patients are the primary focus of the project. “These technologies can capture their attention and take them out of the ‘dark bubble’ of treatment,” she says.

“Everything we are doing has definitely never been done before. Some of the experiences, like body scan meditation and ATT, have been tested and validated but our implementation and technology are totally novel. Prof. Amedi’s neuroscience research itself is novel.”

Amedi, in turn, was intrigued by Corn’s research into “hope theory” — developed by University of Kansas Prof. Rick Snyder in 1989 – as a way to improve cancer patients’ recovery rates and longevity.

Hope is not the same as optimism or wishful thinking, Corn explains. Rather, it’s a perception of what is possible.

“Hope is a very active concept, and nobody needs it more than the cancer patient and the people surrounding that patient,” says Corn.

“We have systematically pushed the concept of hopefulness into the clinical arena,” he says.

“Three conditions allow hope to thrive: selecting a goal that is both meaningful and plausible; a pathway to get to that goal, recognizing there will be obstacles to circumnavigate on the way; and the agency – motivation — to set out on that pathway,” Corn explains.

“In the world of cancer medicine, somebody might have a goal of curing their cancer. The pathway might be radiation treatment. But the obstacle is the anxiety of being exposed to radiation. We might find a workaround through Amir’s technology, and if we can temper the anxiety that will, in turn, unleash the third component, agency,” he says.

Amedi saw the potential for promoting hope by stimulating the senses, especially from the perspective of kids facing that scary simulator.

“We are doing imaging studies to understand why the body is so susceptible to feeling anxiety,” says Amedi. “My philosophy is to look at brain organization and plasticity to inspire new technologies, but it goes in the other direction as well.”

He and Corn got a research grant from Israeli VC firm Joy Ventures, as well as support from Siemens, one of the manufacturers of radiotherapy simulators.

The Helmsley Foundation is funding the purchase of the latest simulator model for the Radiotherapy Cancer Center. While older models used CT technology, the next-gen model uses MRI technology.

“You can do all sorts of clever things with it, but you have the problem of MR-related claustrophobia,” says Corn.

“When you add the issue of claustrophobia to the stigma of radiation, that’s quite a challenge. I think with Amir we can lick both problems.” 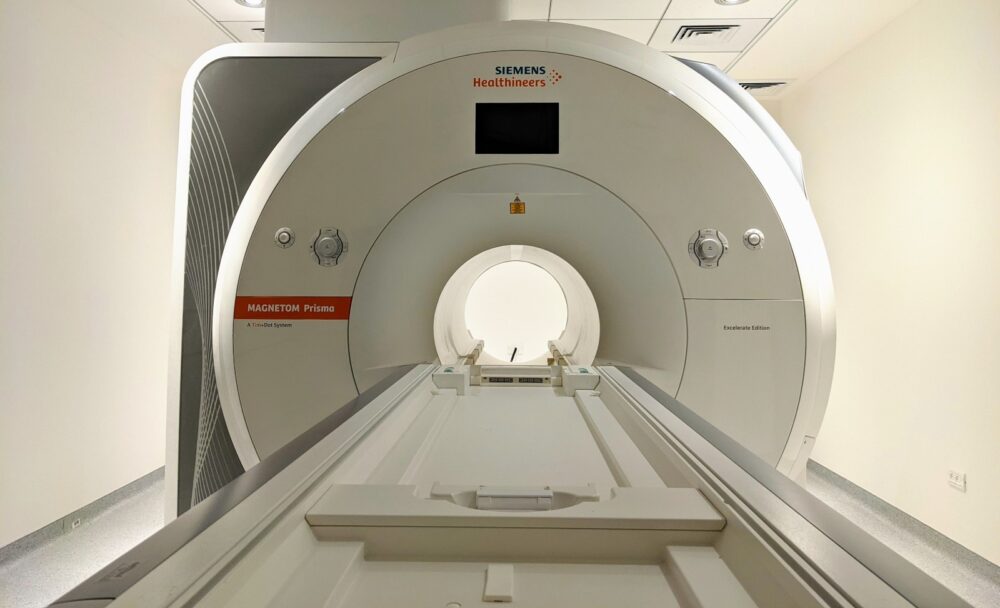 The multisensory technologies would be used not only in the simulator, “which is the most stressful place for the cancer patient,” but also in treatment rooms.

“Somebody who is very nervous about getting radiotherapy may get jittery. We have immobilization devices to make sure you don’t move but even small movements can be a problem because we always want to target the tumor and not the surrounding tissue. If you move even a few millimeters that can throw it off,” says Corn.

“By finding out who you are and having you tell me what makes you feel good — like walking on a beach, or smelling the forest after it rains, or baking bread — we can virtually create that desired environment for you as part of your prescription,” he explains.

“I hypothesize that it will make patients feel less stressed, less jittery and more cooperative. They will feel empowered because they are helping us help them and they will reclaim a sense of control.” Corn and Amedi want this “environment of hope” to extend to staff members.

“There is a lot of burnout and even suicidal ideation for oncology healthcare professionals. Amir’s idea is to help them to contend with the stresses and actively reflect on hope and how to get there with the help of these technologies,” says Corn.

“No one is doing that, not even close. We want to document our results in the medical literature for the critique of colleagues because we think it can be such a gamechanger.”

Two research centers in the United Arab Emirates have expressed interest in developing a similar project, and Corn and Amedi have applied for a US government grant to facilitate that.

“If we can use Amir’s technology to optimize cancer medicine,” Corn says, “it will expand our toolbox with things they don’t teach you in medical school.”