Challenge Between Ulefone Power Armor 14 And A Rolling Vehicle – Gizchina.com

Compared to the conventional smartphone, rugged phones are much more durable. The Ulefone Power Armor 14 is a great typical example, as it is able to endure water, dust, shock and a very harsh environment. But what about a real heavy weight on the top of phone? Does it have enough durability to survive? One of the Ulefone staffers drove a car over the phone to see what would happen. Hold your breath! Let’s take a look at the following video to experience the exciting moment.

The car managed to drive over and crush the Power Armor 14 directly, but professional test proved the phone can still work normally,  although it was crushed two times by the back and forth tires. Then it was run over in the opposite direction several times, but it still remains the same as before. The screen and the back cover are undamaged and smooth, while its system functions well. So you are now free to take your breath again. It seems awesome, that the Power Armor 14 can bear such literal heavyweight challenge. Not just a scratch is left on the external body, but also its internal hardware in unaffected. Power Armor 14 clearly wins the challenge.

So why the Power Armor 14 has such admirable durability? According to the advertisement from Ulefone, it is mainly owed to the 360 degree all-round protection design and military-grade manufacturing process. In-cell screen technology protects the phone to some extent too. It has passed IP68/IP69K protection grade and is certificated by MIL-STD-810G military standard, which can resist a even high and low temperatures. And definitely tough enough to withstand water, dust, and sudden drop. Its solid and waterproof structure makes it have excellent waterproofness. Thanks to charging port and the earphone jack being covered with a waterproof stoppers.

Since rugged Power Armor 14 is strong enough to withstand so many conditions and hard environments, it would be so nice to take it for stuff like boating, diving, climbing, snorkeling, running, building construction and others. So it is perfect for all outdoor lovers perios. All camping, cycling and physical activities get easier with this rugged handset, without worrying about any accidental drop. What’s more, it is said, that the built-in digital toolkit is a really practical gadget for you to make your life become simple and help you in need. 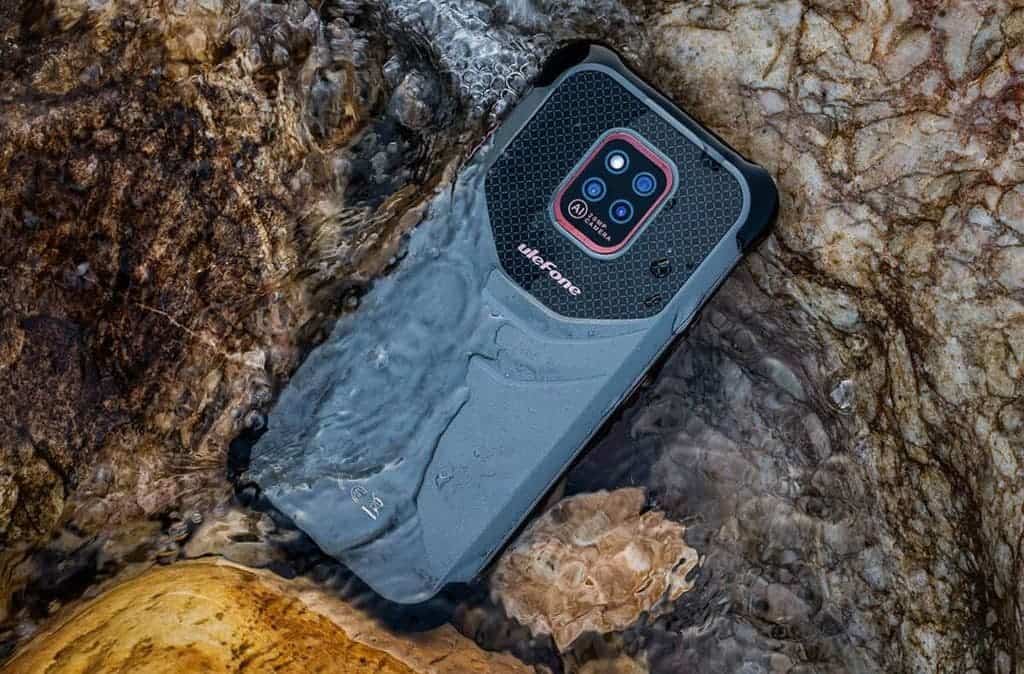 Not just a rugged monster

Besides its outstanding durability, the Power Armor 14 has excellent battery life performance as well. Built-in ultra-large 10.000 mAh battery can power the rugged phone for several days on a single charge. Which could free you from battery anxiety. Furthermore, it supports 15W wireless charging, 18W fast charging and the OTG reverse charging function too. Enabling you to rely on the phone to charge other devices. The Power Armor 14 looks like like a monster rugged phone and if you like it you should go already to the Ulefone official store online or its official website.