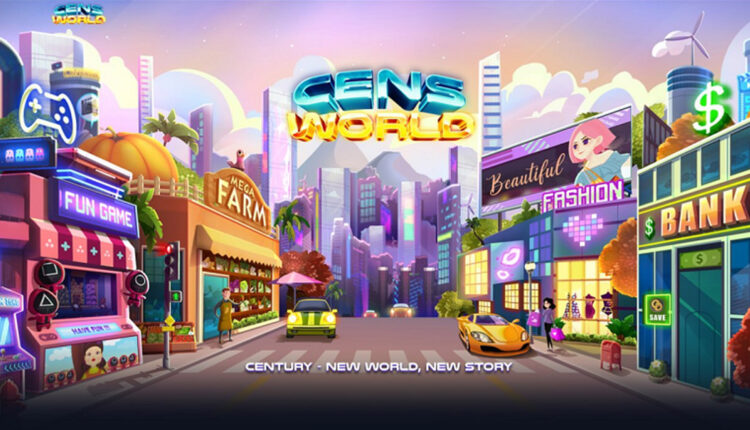 Cens World Launches as the Future Metaverse Open-World Game of the Century. Cens World is a 3D fully Metaverse game that utilises advanced technologies to bring the best experiences to players, help them live in the real world, and admire the items they have created or owned most realistically.

It’s no accident that many people believe Cens World will usher in a new era of Metaverse gaming. This is a game in which all countries and territories participate in a simulation of a parallel Earth to the present. It doesn’t matter which character the user is in the game. Players in Cens World will craft their own stories and give their characters personalities. As a result, the characters in Cens World are always one-of-a-kind, profound, or horrific, and they must all be owned by the player. In the realm of CENS WORLD, players have complete control over their characters’ fates.

CENS WORLD is a Metaverse-based environment where players can have the best gaming experiences while also earning money. Cens World, not surprisingly, is slated to usher in a new age for Metaverse gaming. This is the first Metaverse game that was founded to offer create-for-money (C2E) for creative players to earn money. CENS WORLD is a one-of-a-kind game in which the game’s characters, each with their own distinct personality, tell deep, fascinating, and often odd player-created stories. “CENS WORLD,” also known as “Game of the Century,” with the slogan “Century – New World, New Story,” provides players with ultra-natural sensations that few other games on the market can match.

In the CENS WORLD world, it doesn’t matter what the characters are. They’ll come to life thanks to a new set of powerful and easy-to-use creative tools included in CENS WORLD. Players join the metaverse in real-time or game time to keep the game exciting. Every day, the player will be faced with a variety of random circumstances, such as illness, inability to work, or insects ruining the farm. Including such random events in the game will add to the game’s appeal while also reducing the risk of inflation.

The many features equipped, such as Bank, Farm, NFT Market, Mini-game, and Tournament, are unique in the realm of CENS WORLD. These gaming elements all give players realistic experiences akin to real-life activities, which is a unique feature created by CENS WORLD.